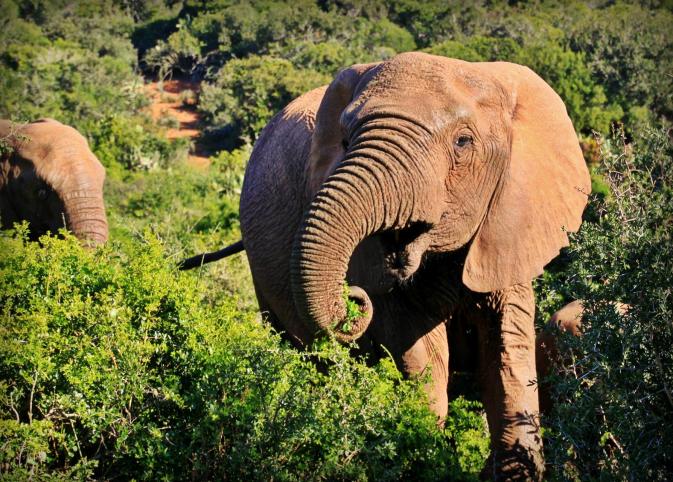 A wild Asian elephant herd left the Xishuangbanna National Nature Reserve and has been roaming for 15 months in China's Yunnan province, covering more than 500 kilometers The migrating herd has captured a lot of attention both at home and abroad. The careful protection of the wild elephants by the Chinese government and local people has attracted a great deal of attention from international media.

According to statistics, during the first 40 days of their northward migration, the elephant group caused 412 incidents and destroyed 56 hectares of crops. Preliminary estimates have run to nearly 6.8 million yuan in direct economic losses from the elephants, seriously affecting the lives and safety of local residents. The local government in Yunnan has mobilized thousands of staff working together to participate in the response and protection of the wild elephant herd's northward migration, setting up roadblocks and evacuating local residents. Such measures ensure the safety of both humans and elephants.

It’s been reported that the local authorities on June 10 sent a total of 1,583 emergency and police personnel, 155 mucking trucks, nine excavators, 206 vehicles, and 11 drones for tracking the elephants. Authorities evacuated 2,560 households, including 8,367 people, put in place traffic restrictions and fed the elephants 1.2 tons of food. A ditch was dug to try to guide them to move in a westward and southward direction. During the migration local people actively cooperated with the government’s reminders. They kept maximum restraint when encountering elephants, stayed indoors and out of the way as much as possible, avoided staring at the elephants or using firecrackers or other things that might frighten the elephants. Elephants are given the top level of protection in China.

These measures by the local government and the public have won unanimous praise from international observers and media for their protection of the elephants, allowing them to move freely without fear of the external environment.

Such professional and efficient treatment, including respect for the right to life of elephants inspired admiration around the world.